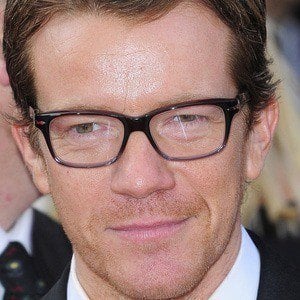 British actor known for playing Charlie Edwards on the series Hotel Babylon. He also played a role in the series Suits and Mad Dogs.

He had his first major acting role in The History of Tom Jones, a Foundling in 1997.

He appeared in a variety of shows like Bodies and London Ink.

He was born into a Jazz family. His mother was a jazz singer while his father was a professional jazz drummer. He and his wife Jennifer have a daughter named Sabrina.

He appeared opposite Mariah Carey in the 2001 film Glitter.

Max Beesley Is A Member Of