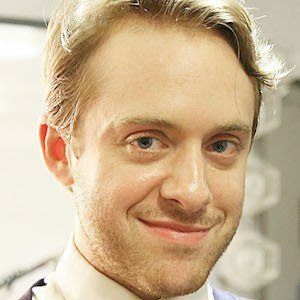 Actor best known for portraying Max Carnegie in the NBC series The Mysteries of Laura. He is well recognized for guest roles in shows like Gossip Girl, 30 Rock, and Orange Is the New Black. He is also known for appearing in Vimeo's highly acclaimed web series High Maintenance.

He earned one of his earliest roles in the 2009 comedy Gay's Anatomy.

He co-wrote the play Unnatural Acts which was nominated for three Drama Desk Awards in 2012, including Outstanding Play.

He stars opposite Debra Messing in the NBC series The Mysteries of Laura.

Max Jenkins Is A Member Of