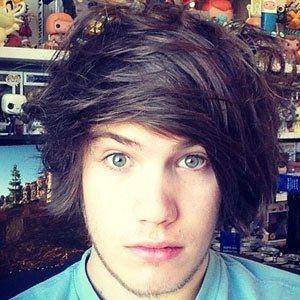 YouTube comedian named Max Stanley who performs prank calls and challenges on his enormously popular YouTube channel Maxmoefoe, which has earned over 3 million subscribers. He has other channels called Maxmoefoetwo, MaxmoefoeGames, and MaxmoefoePokemon.

He joined the YouTube world in November of 2007, but didn't publish a video until a year later. He started posting prank videos four years after that.

He and Filthy Frank were both members of a group called The Shrimpson Boys.

He was born and raised in Western Australia. He was in a long-term relationship with XantiaJams, but the two have since broken up. He later began dating Katharine Foxx, AKA foxkatt on Instagram.

Maxmoefoe Is A Member Of