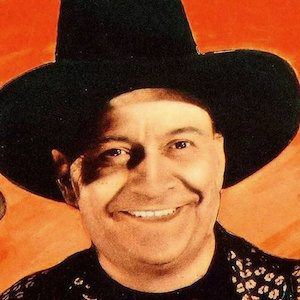 He played a popular cowboy in the B-western series, Range Busters and The Three Mesquiteers. His final films wer 1942's Trail Riders and Texas to Bataan.

His early vaudeville act involved card tricks, animal imitations, and a ventriloquist doll. He brought his versatility to the National Barn Dance on WLS Radio and was noticed by Gene Autry.

After his Hollywood Debut in Ride Ranger Ride, he played Lullaby in 21 of the Three Mesquiteer movies, and 24 more of Range Buster ones.

He had three children with his wife of nearly 50 years, Maude Cassidy.

He played Clark Gable's hand double during a card trick scene in the 1956 movie, The King and Four Queens.

Max Terhune Is A Member Of