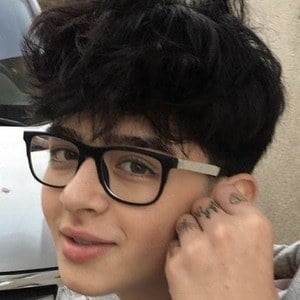 Chilean social media star who became famous for his maaaxxi TikTok account, where he posts lip sync and dance videos for over 3.2 million fans. He is also known for his fashion modeling and personal lifestyle photoblogging on his max.valenzuela01 Instagram account. As an aspiring singer, he's released original songs like "Te Encontré," "Solo Conmigo" and "Girl."

He has a self-titled YouTube channel, which has earned more than 1.8 million subscribers. In late 2019, he released his first book titled Las Aventuras de Max.

He appeared in a picture alongside Kevlex Pazmiño in 2019 while the two were on a panel together.

Max Valenzuela Is A Member Of