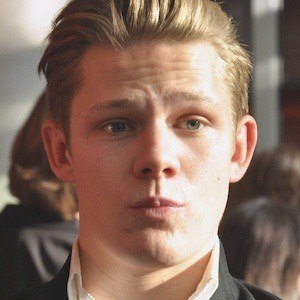 He began working in the German film industry at an early age, having his debut screen role in 2004. He also worked as a voice actor.

He is also known for his role as Freddy in the film series adaptation of the famous German children's audiobook series Bibi & Tina, the first film of which was released in 2014.

His parents are both famous German news anchors and his sister Carolin is also an actress and voice actress.

In the Fack Ju Göhte films, he stars alongside German heartthrob Elyas M'Barek.

Max Von Der Groeben Is A Member Of