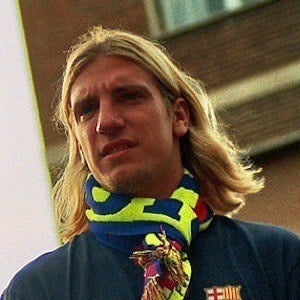 Professional soccer player who is known for playing the forward position for the Udinese Calcio Italian club. As a dual citizen of both Argentina and Italy, he is qualified to play for either country's national team.

He began his career playing for Club Atlético River Plate in 1997.

He was given the nicknames El Rubio and La Gallina de Oro.

He and Danilo Luiz da Silva both played for Udinese Calcio.

Maxi López Is A Member Of