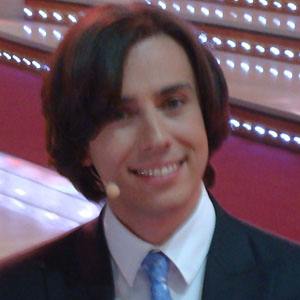 Russian comedian who has been the host of the Russian television singing competition show Dve Zvezdy (Two Stars).

He has also hosted the Russian version of the game show "Who Wants to be a Millionaire?".

He married Russian singer Alla Pugacheva in 2011 and became parents to twins, Elizaveta and Harry, in 2013.

He married singer Alla Pugacheva in 2011.

Maxim Galkin Is A Member Of