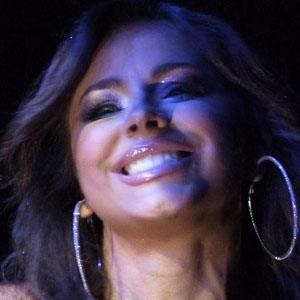 Ukrainian pop singer and former United Nations Goodwill Ambassador. She was once named one of Eastern Europe's most beautiful women.

Her song "My God" was used in the movie The Right to Choose. She released her second album, I Will Be Back, in 1998.

Her stage name, Ani Lorak, is her birth name, Karolina, spelled backwards. She was named the fifth-richest singer in the Ukraine in 2011.

She married her manager, Murat Nalçacıoğlu, in August of 2009. Their daughter, Sophia Nalçacıoğlu, was born in 2011.

She was the runner-up to Dima Bilan at the Eurovision Song Contest 2008.

Ani Lorak Is A Member Of