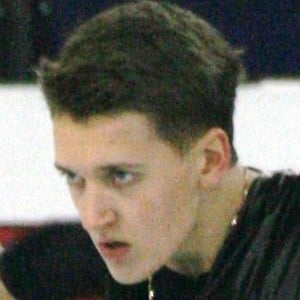 His father encouraged him to begin skating at the age of 4.

In April 2019, he announced his retirement from figure skating.

His father Pavel was a skating coach and his two older brothers both skated.

He performed a routine set to Paolo Nutini's "Iron Sky."

Maxim Kovtun Is A Member Of