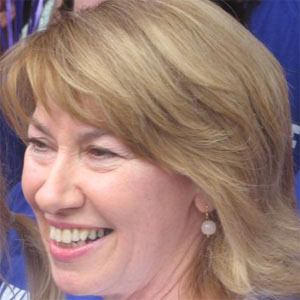 Australian Labor Party politician who served in the House of Representatives from 2007 to 2010. Prior to serving in Parliament, she hosted Lateline and The 7.30 Report for the Australian Broadcasting Corporation.

After beginning her journalistic career with the Australian Broadcasting Corporation, she went on to work as a news analyst at Goldman Sachs.

After her stint in Parliament, she published her memoir, Tales from the Political Trenches, in 2012.

She was born in Brisbane, Queensland, Australia. She later had a long-term relationship with fellow Labor Party politician Bob Hogg.

She and actor Sam Neill both appeared as guest stars on the Australian reality series The Games.

Maxine McKew Is A Member Of