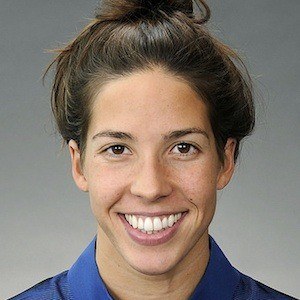 American swimmer specializing in freestyle, butterfly, backstroke and the individual medley events. She competed at the 2016 Olympics in Rio, winning gold medals in the 4x200 meter freestyle relay and in the 200 meter backstroke.

She was a three time high school state champion in the 200 yard in the individual medley. She swam for Stanford University while studying management science and engineering.

She was born in San Francisco to parents Marit and Ruben. She married Stanford swimmer Rob Andrews in 2015.

She won silver in the 400 meter individual medley at the 2016 Olympics, coming in second to Katinka Hosszu who won gold.

Maya DiRado Is A Member Of