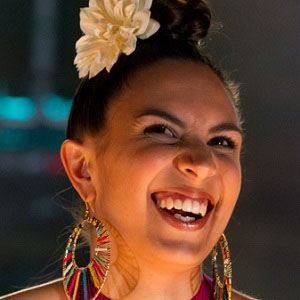 Mexican-Australian rapper whose debut solo album Today was released in 2003. She served as the host of The Hip-Hop Show on the Triple J radio station from 2004 to 2008 before dropping her self-title sophomore album in 2010.

She grew up in the Sydney suburb of Busby from ages four to twelve. She began writing her own rhymes at age fourteen.

She was nominated for an ARIA Music Award for Best Urban Release as a member of the rap trio Foreign Heights in 2007. The nominated song was "Get Yours (Remix)".

Her birth name is Melissha Martinez. She has a daughter named Mandela, born in September 2013.

Maya Jupiter Is A Member Of