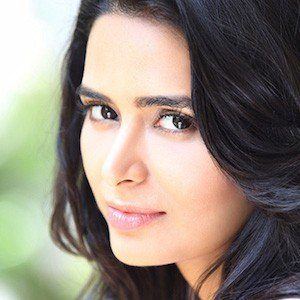 Known for her roles in such Telugu and Tamil films as, respectively, Devaraya and Tenaliraman, Dixit is also notable for competing in a reality television dance competition called Nachle Ve with Saroj Khan. Also a model, she appeared in commercials for Microsoft Windows and Anytime Fitness.

Before beginning her entertainment career, she earned an undergraduate bachelor of science degree with concentrations in zoology, chemistry, and botany.

The child of Geeta Dixit and attorney Ishwar Chandra Dixit, she grew up in Raebareli, India.

She appeared in a dance number in the successful Mahesh Babu feature Dookudu.

Meenakshi Dixit Is A Member Of