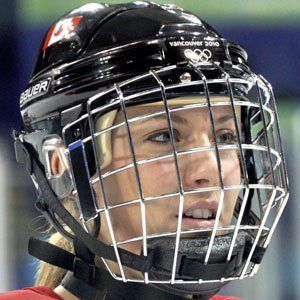 She began playing hockey when she was 6 years old after trying out figure skating.

She was an NCAA All-American at Mercyhurst College.

Her parents are named Nino and Char.

During the 2011-2012 CWHL season, she smashed Jayna Hefford single-season points record of 69 by tallying 80 points.

Meghan Agosta-marciano Is A Member Of