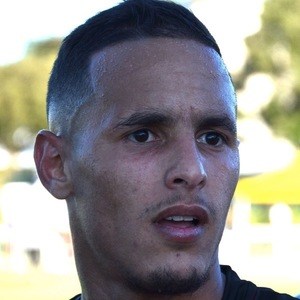 His youth career started with his involvement in the Lyon academy in 2003. In August of 2010, he made his senior career debut with the Olympique Lyonnais B side club. After moving up to the clubs first team, he began playing for Rennes in 2015. In 2014, he made his first debut with the Algeria national team.

On August 22, 2015, he scored the winning goal for Rennes against his former club Lyon resulting in a 2-1 win.

He was born and raised in Sainte-Foy-les-Lyon.

He played alongside Aissa Mandi and Carl Medjani as part of Algeria's national team.

Mehdi Zeffane Is A Member Of