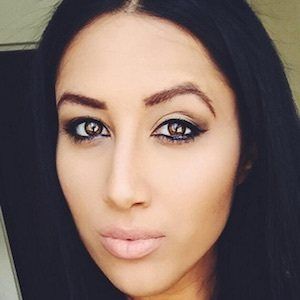 YouTube vlogger and food blogger who is known for her eponymous channel. She has gained popularity for her frequent vlog testimonials, which often concern makeup, food, and her personal life, on YouTube. She has also run her own food blog, Food and the City, where she documents her eating experiences as a resident of New York City.

She skipped college and worked as a bartender for three years. Within the first year of her YouTube channel, she was able to quit her everyday job and focus on blogging and vlogging full-time.

She has garnered more than 170,000 subscribers to her YouTube channel. One of her most popular videos, "Split Jaw Halloween Makeup Tutorial (The Walking Dead Inspired)," has amassed more than 2 million total views. She is self-taught in both special effects makeup and cooking. She is also a huge animal advocate, frequently volunteering at local shelters.

She was born and raised in the Bronx, New York. She has two older brothers, Salvatore and James.

She and fellow YouTuber Nicole Skyes have both risen in popularity for their eclectic blend of personal vlog entries.

Mel Rose Is A Member Of