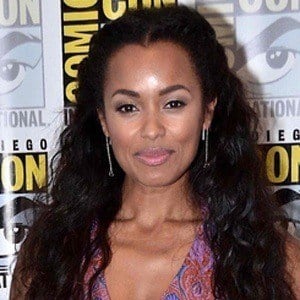 Series regular on the SyFy television series Dark Matter who would land another starring role in a 2017 Netflix show called Gypsy.

She trained at the The Identity School of Acting in London. Before acting, she was a fashion and beauty model, and graduated honors with a Bachelor of Arts degree in Fashion Design.

She and brothers Marc and Leon were raised by parents Georgina and Michael Liburd. Her father was born on the Island of Saint Kitts and Nevis.

She and Zoie Palmer were both cast in the SyFy series Dark Matter.

Melanie Liburd Is A Member Of