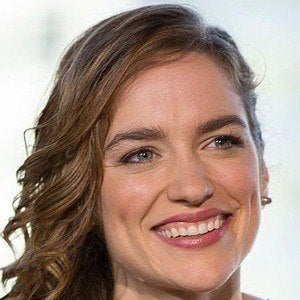 Canadian actress notable for her roles in Being Erica as Rebecca, The Listener as Tia and Wynonna Earp as the titular character. She also had a main role in Gangland Undercover and Pure Pwnage.

Her first ever job was working in an ice cream shop. She began modeling at the age of 13.

She had a minor role in the 2014 reboot of RoboCop, and has had previous film roles in Saw VI, Citizen Gangster, Nurse 3D and Wolves.

She was born in Ottawa, Ontario, Canada. She gave birth to her son in April of 2017.

She booked a recurring role in the Kiefer Sutherland-starring ABC drama Designated Survivor.

Melanie Scrofano Is A Member Of