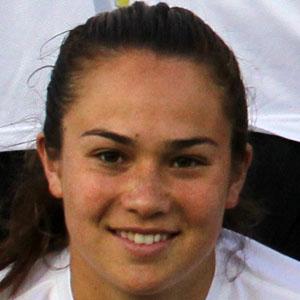 Midfielder in the National Women's Soccer League who began playing for the Portland Thorns in 2013. She was a standout college player, being named to the All-West Coast Conference Second Team as a junior at Santa Clara University.

She won a state championship at Kamehameha Kapalama High School in 2007.

She helped Ho'okalakupua win gold at the Surf Cup Under-19 Championship in 2008.

She came out as a lesbian in an interview with the LGBT sports news website Outsports in August 2013.

She has been teammates with Alex Morgan on the Portland Thorns.

Meleana Shim Is A Member Of