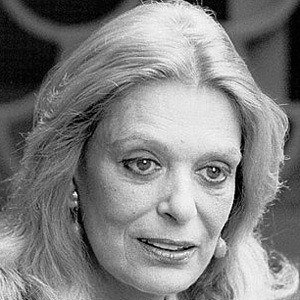 Never on Sunday star who became Greek Minister of Culture. She has been nominated for multiple Academy Awards, Golden Globe Awards, BAFTA Awards.

She became politically active in Greece after her fame on the silver screen exploded.

Melina Mercouri Is A Member Of