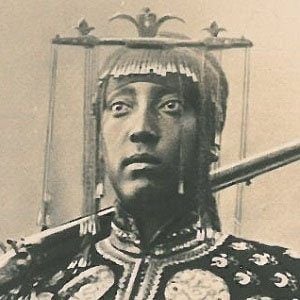 During the late 19th and early 20th centuries, Menelik II served as both King and Emperor of Ethiopia. While in power, he successfully fought off invaders from Italy and significantly modernized Ethiopia.

He declared himself King (Negus) in the mid 1860s.

During his reign, he established banking and postal services in Ethiopia.

He and Haile Selassie were both kings and emperors of Ethiopia.

Menelik II Is A Member Of