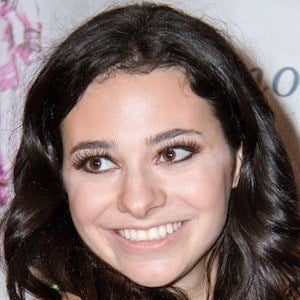 Singer and activist known for her song "Celebrity," which has reached over two million views on YouTube. She's also garnered attention for her anti-bullying activism.

She acted in theatre growing up and began modeling at 14. She released her first EP in 2013.

She was bullied growing up, which led her to use her fame as a way to advocate against it.

She grew up in Long Island, New York.

She and pop singer Artie Babz both hail from Long Island.

Meredith O'Connor Is A Member Of