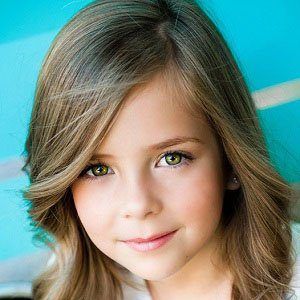 Child actress best known for her recurring role as Amy Gardener on the short-lived ABC series Eastwick. She later appeared in two episodes of CSI: Crime Scene Investigation and the TV movie Pyro.

She began her entertainment career as a child model, appearing in print campaigns for the Mattel, Ralph Lauren, and Disney companies.

She acted in short films titled Jay and Timeless.

She was born and raised in Santa Monica, California.

She and Jack Huston were both in the cast of Eastwick.

Mia Hays Is A Member Of