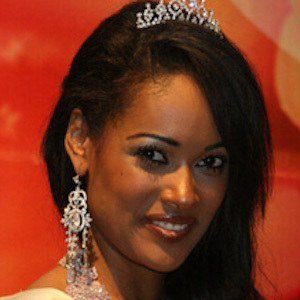 At the end of 2006, she competed at the Miss Angola pageant. Her victory earned her the title of Miss Angola 2007.

She's been on the cover of FHM Portugal and acted in the show Windeck. She served as a judge in 2008's Miss Universe Tanzania pageant.

She never met her father, who died before she was born.

Micaela Reis Is A Member Of