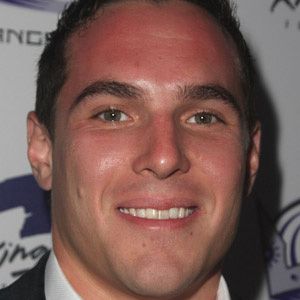 NHL left wing who was drafted 49th overall by the Los Angeles Kings in 2001. After his time with the Kings, he went on to play for the Calgary Flames and Montreal Canadiens.

He played college hockey at the University of Michigan.

He was part of the gold medal winning team at the 2007 Men's World Ice Hockey Championships.

He has two daughters with his wife Jennifer Bernaudo.

He and Brian Willsie were once teammates on the LA Kings.

Michael Cammalleri Is A Member Of