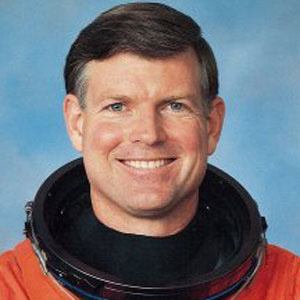 Former NASA astronaut who served as Director of the Johnson Space Center in Houston, Texas, from December 2005 until December 2012.

He flew 315 combat missions in Southeast Asia during his time on the USS Kitty Hawk from August 1970 until September 1972.

His crew for STS-41-D in 1984 was nicknamed "Icebusters" because of their success in removing harmful ice particles from the Remote Manipulator System's orbiter.

He married Diane Carson and together they had two children.

He and astronaut Michael Collins were pilots.

Michael Coats Is A Member Of