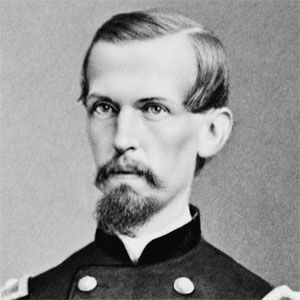 Irish war hero who was a general in the Union Army during the American Civil War and led the 69th New York Regiment to Washington D.C. as a colonel. He also led the 69th into action at the First Battle of Bull Run.

He took an appointment to the Revenue Police in 1846 when he was 18 years old.

He was a member of the Fourteenth Ward General Committee during his time as a Democratic politician at Tammany Hall.

He was a close confidant to Abraham Lincoln.

Michael Corcoran Is A Member Of