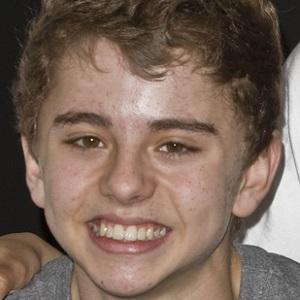 Dancer, singer, and actor known for playing the title role in the Australian and Broadway productions of Billy Elliot the Musical. He later went on the first national tour of Newsies and then competed on NBC's World of Dance in season two.

He competed on Australian Dance Idol at the age of six and later performed at the Macedonian Golden Nightingale children's vocal music festival.

He won the Australia version of So You Think You Can Dance in May 2014. He was also crowned Australia's Favorite Dancer for 2014.

He was born in Sydney, Australia to a family of Macedonian heritage.

He and American performer Ben Cook both played the title role in the Broadway and national touring productions of Billy Elliot the Musical.

Michael Dameski Is A Member Of