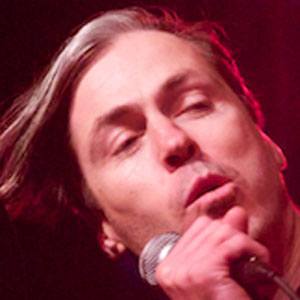 Singer best known as the frontman for the soul-pop band Fitz and The Tantrums. The band's debut LP, Pickin' Up the Pieces, hit number one on the Billboard Heatseekers chart in 2010.

He was raised in Los Angeles and studied film at the California Institute of the Arts.

He worked as a sound engineer for famed producer Mickey Petralia, who produced notable artists like Beck and Flight of the Conchords.

He married actress Kaylee DeFer in 2015; they have three sons together.

He and the Tantrums have collaboratd with soul singer Noelle Scaggs.

Michael Fitzpatrick Is A Member Of