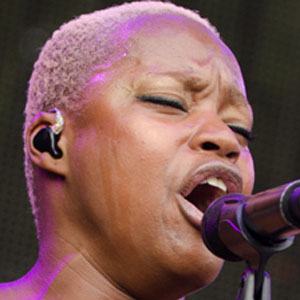 Singer known for her fiery performances with acts like Fitz and the Tantrums, The Rebirth, and The Black Eyed Peas.

She became serious about singing at age 9 and first appeared as a recording artist on the 2000 compilation The Rose That Grew from Concrete.

She was featured prominently on Fitz and the Tantrums' 2010 album Pickin' Up the Pieces, which shot to #1 on the Billboard Heatseekers chart.

Her father was a professional DJ.

She has performed backup vocals for a variety of artists including Mayer Hawthorne.

Noelle Scaggs Is A Member Of