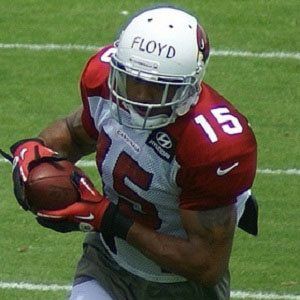 Wide receiver who began his NFL career with the Arizona Cardinals in 2012. He was selected with the thirteenth overall pick in the draft out of Notre Dame, where he caught a school-record 100 passes during his career.

He attended Cretin-Derham Hall High School in Saint Paul, Minnesota, where he was a two time Minnesota Player of the Year.

He won Super Bowl LI as a member of the New England Patriots, but was inactive for the game.

His parents are Mike Floyd Sr. and Theresa Romero.

He joined a Cardinals receiving corps led by Larry Fitzgerald in 2012.

Michael Floyd Is A Member Of