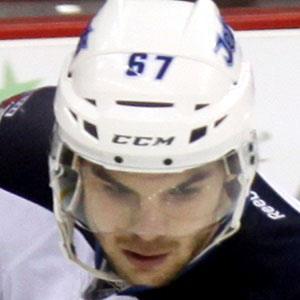 NHL right winger who won a Stanley Cup Championship as a member of the Chicago Blackhawks in 2013. He was selected 10th overall by the Florida Panthers in the 2006 NHL Draft. In 2015, he signed with the Calgary Flames.

He began his professional career with the Czech League team Rabat Kladno in 2004.

He scored 10 points in the 2013 postseason. He also became the first player in NHL history to score multiple career penalty shot goals in the postseason.

He was born in Kladno, Czechoslovakia. He began dating Diana Kobzanova.

He played alongside 2013 Conn Smythe winner Patrick Kane on the Blackhawks.

Michael Frolik Is A Member Of