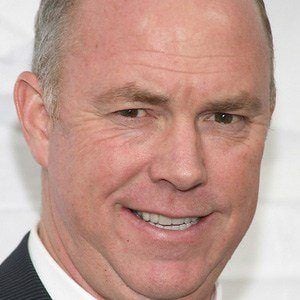 Actor noted early on for roles in the television series, Prison Break and Jericho. He later had recurring roles on both The Mentalist and The Leftovers.

He had his first noted camera experience in 2009 on the set of Mad Men.

He played the detective, Mike Costello, on the show, Unforgettable.

He has two children. His partner is playwright Kate Fodor.