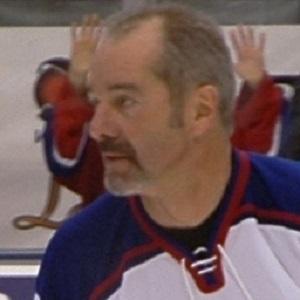 NHL Hall of Fame forward who had four consecutive 50+ goal seasons with the Quebec Nordiques from 1983 to 1986. He retired with 548 career goals.

He was a standout junior hockey player with the Quebec Ramparts.

He was picked rather low in the draft, but that was by design: he only wanted to go to the Quebec Nordiques.

He grew up in Péribonka, Quebec, Canada.

He was in the same draft class as fellow Hall of Famers Mark Messier and Ray Borque.

Michel Goulet Is A Member Of