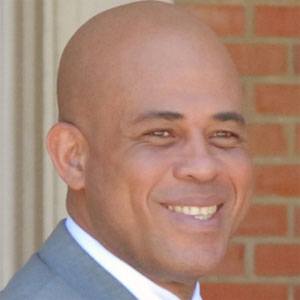 Haitian public figure and politician who was elected President of Haiti in 2011. Before beginning his political career, he was one of Haiti's best-loved singers and was known by the stage name of "Sweet Micky."

When he was a teenager, he briefly attended the Haitian Military Academy and then studied and worked in the United States.

His numerous music albums include Best of Sweet Micky, 100%KaKa, and SiSiSi.

In 2011, he formed a Haitian economic improvement board that counted among its members former United States President Bill Clinton.

Michel Martelly Is A Member Of