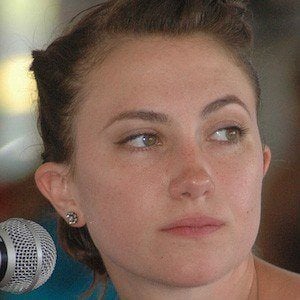 In 2002, she provided back-up vocals for two songs off of the band Taking Back Sunday's debut album, Tell All Your Friends. In 2003, she founded the band Straylight Run, and released 2 albums during the band's 7 year run.

She was born in Rockville Centre, New York, and raised in Baldwin by her parents Tom and Lisa. Her brother, John, is also a rock musician. In October 2006, she married her husband, Jeff DaRosa.

In January 2006, she served as a back-up vocalist for Claudio Sanchez and his band, Coheed & Cambria, on MTV's Total Request Live.

Michelle DaRosa Is A Member Of