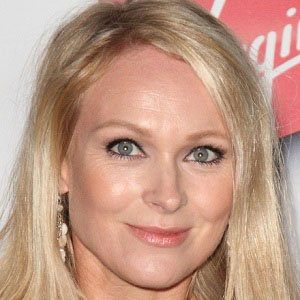 Famous for her role as Vanessa Woodfield on the popular British soap opera Emmerdale, Hardwick is also well known for her portrayal of Lizzie Hopkirk on the ITV medical drama The Royal.

Before beginning her acting career, she trained at Scala Performing Arts and Park Lane College, both in Leeds, England.

One of her early credits was a guest appearance in a 1998 episode of Coronation Street.

She came out as gay in July 2013. She married Rosie Nicholl in April 2015. The couple divorced in 2017. She married Emmerdale producer Kate Brooks in September 2019. She gave birth to a son named Edward Peter "Teddy" Brooks in October 2020.

She and Robert Daws were both series regulars on The Royal.

Michelle Hardwick Is A Member Of