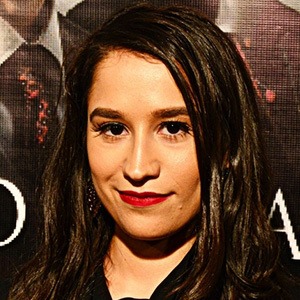 Singer, songwriter and actress who often collaborates with her identical twin sister Melissa. She has recurred on the Netflix series Girlboss and made an appearance on the Amazon show Goliath in 2018.

She earned a Bachelor of Fine Arts in acting from Emerson College in Boston.

She formed the band Macedo with her twin and released their debut album Flags & Boxes in 2011.

She and Melissa were born and raised in Pasadena, California.

She was featured opposite James Franco in the 2019 film Blood Heist.

Michelle Macedo Is A Member Of