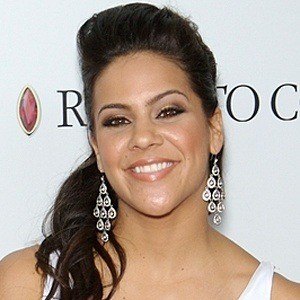 Choreographer and actress who has toured and danced with artists like Rihanna, Beyonce, and Shakira. She has earned over 240,000 subscribers on her channel where she showcases originally choreographed numbers to popular songs of the time.

She was as an NFL cheerleader for the Philadelphia Eagles.

She was the only woman to make it to the end of MTV's first dance competition, The Wade Robson Project.

She was born and raised in Runnemede, New Jersey.

She appeared on the MTV show DanceLife that was executive produced by Jennifer Lopez.

Michelle Maniscalco Is A Member Of