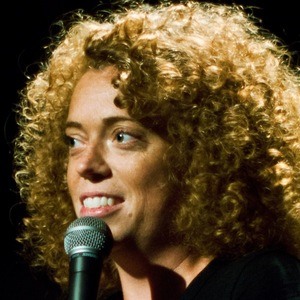 American comedian and writer who has worked on The Daily Show with Trevor Noah and appeared on Late Night with Seth Meyers. She hosted the White House Correspondents' Association Dinner in April 2018.

She graduated with a Bachelor of Science in Kinesiology from the College of William & Mary in 2007.

She made her HBO stand-up debut with Michelle Wolf: Nice Lady in 2017.

She grew up with two older brothers in Hershey, Pennsylvania.

She was a guest on Frankie Boyle's American Autopsy in 2016.

Michelle Wolf Is A Member Of