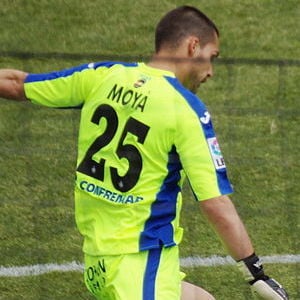 Spanish goalkeeper who has played for Athletico Madrid. He has also played for club teams such as Mallorca, Valencia and Getafe.

He began his youth career playing for Mallorca in 2004.

He was part of the Spanish Under-21 International team at the 2007 UEFA European Championship.

He lost his position to Jan Oblak after suffering an injury in a UEFA Champions League game in 2014.

Miguel Angel Moya Is A Member Of