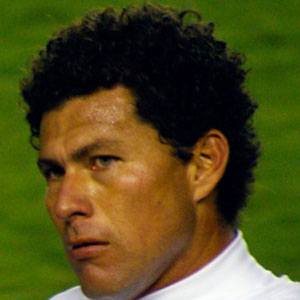 Mexican soccer player most famous as a striker for teams like Monarcas Morelia in Liga MX. In 2009, He led the Mexican national team to a CONCACAF Gold Cup title, the fifth in team history.

He was born in Cancun and began his professional career with Guadalajara in 2000.

He won the CONCACAF Gold Cup Golden Boot award in 2009.

His father is Lebanese and his mother is Mexican.

He has been teammates with Rafael Marquez Alvarez on Club Leon.

Miguel Sabah Is A Member Of