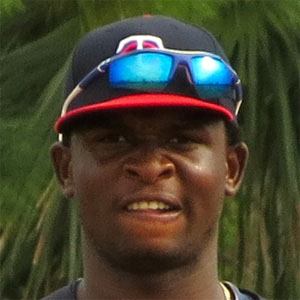 Dominican third baseman who was rated as the top third base prospect in all of baseball by MLB.com following the 2012 season. He led the Midwest League in home runs and RBIs as a member of the Beloit Snappers.

He was a highly-touted player out of the Dominican Republic and chose to sign with the Minnesota Twin, where he received a $3.15 million singing bonus.

His signing was discussed in the 2012 documentary Pelotero.

He chose to play under his mother's last name, Sano, rather than his father's, which is Jean.

He and Jason Kubel both played for the AA New Britain Rock Cats in the Twins' minor league system.

Miguel Sano Is A Member Of