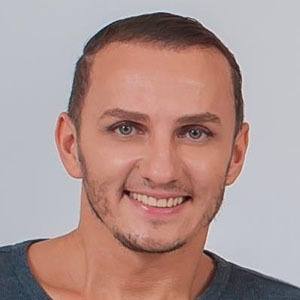 Romanian pop singer and dancer who is best recognized for having competed in the Eurovision Song Contest in Athens during the 2006 season. He is also recognized for his popular song "Tornero"which sold over one million units worldwide.

He originally studied piano for several years before graduating from the Alexandru Ioan Cuza University in Iasi. He started playing music with his band Valahia in the 1990's and in 2000, he recorded the groups single "Why". He gained further attention in 2006 when he released his song "Tornero".

He is also known for his social media presence and shares both modeling shots and short clips of his musical performances through Instagram for his over 80,000 followers.

He was born and raised in Piatra Neamt, Romania to a father who was a painter and a mother who sang.

Other singers also known for having competed on the Athens edition of the Eurovision Song Contest include Demy and Yianna Terzi.

Mihai Traistariu Is A Member Of