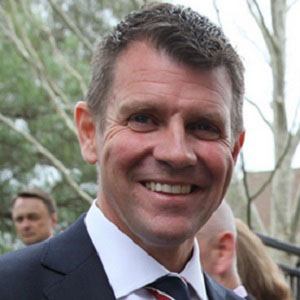 Before beginning his political career, he earned a bachelor's degree in economics from the University of Sydney; found employment as an investment banker; and considered a career as an Anglican cleric.

A social conservative, he voiced his opposition to same-sex marriage, embryonic stem cell research, and abortion (except in extreme circumstances).

The child of Judy Baird and one-time Member of Parliament and New South Wales Minister Bruce Baird, he spent his youth in Melbourne, Australia. His marriage to Kerryn Baird produced three children.

He and Australian Labor Party politician Kristina Keneally both held the office of Premier of New South Wales.

Mike Baird Is A Member Of