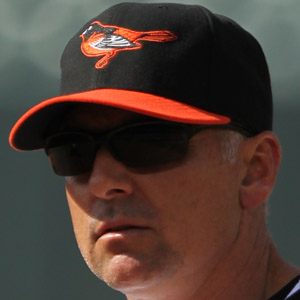 MLB shortstop who played fourteen years in the league, most notably with the Oakland Athletics and Baltimore Orioles. He set a record for shortstops with 110 consecutive games without an error.

He played college baseball at the University of Maine before making his major league debut with the Athletics in 1990.

He made his only All-Star appearance as an Oriole in 2000.

His father served in the United States Air Force.

He and NASCAR driver Ricky Craven both attended Hampden Academy in Maine.

Mike Bordick Is A Member Of