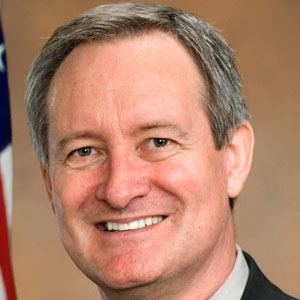 Republican politician who became a US Senator from Idaho in 1999 after serving in the US House of Representatives for six years. He was previously the 37th President pro tempore of the Idaho Senate from 1988 to 1992.

He graduated with honors from Brigham Young University.

Though in the past he had claimed that as a Mormon he abstained from using alcohol he was arrested in 2012 for a DUI.

He has five children and three grandchildren with wife Susan and he is distantly related to 'Billy' Durant, founder of General Motors..

He went to Harvard Law School, just like Barack Obama.

Mike Crapo Is A Member Of