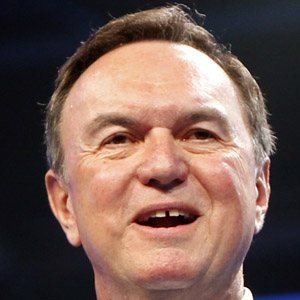 Before becoming C.E.O. of Walmart in 2009, this American business executive held high-ranking positions with such companies as Venture Stores and Federated Department Stores (Macy's). He also sat on the boards of the Consumer Goods Forum and the Retail Industry Leaders Association.

During the late 1960s and early 1970s, he studied industrial engineering at the Georgia Institute of Technology.

With a salary of over eighteen million dollars a year, he appeared with a number ten ranking on Forbes' 2013 list of powerful people.

He settled in Arkansas with his wife Susan and the couple's three children.

Mike Duke Is A Member Of