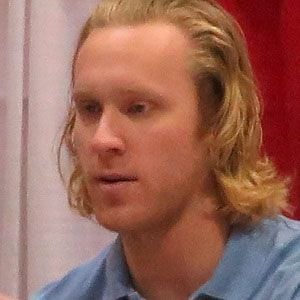 MLB pitcher who made his debut with the Houston Astros in August 2014. He was then traded to the Atlanta Braves prior to the 2015 MLB season and earned a spot in Atlanta's starting rotation.

He was selected 19th overall in the 2010 MLB Draft by the Astros. Originally planning on playing college baseball at the University of Texas, he instead chose to sign his with the Astros and enter the team's farm system.

He won his first major league game on May 1, 2015, allowing 2 earned runs in 5 innings against the Cincinnati Reds.

He was born to Mike and Cindy Foltynewicz.

He joined Julio Teheran on the Braves' rotation in 2015.

Mike Foltynewicz Is A Member Of